skip to main | skip to sidebar


This new film from Danish director Kristian Levring, best known for Dogme works like The King Is Alive, tells this non-Dogme story of a man and his pharmaceuticals. The man in question is a government worker who decides to take a leave from the office and relax at a country house with his wife and daughter; the drugs are pills he begins taking as part of a medical trial for those suffering from depression. At first, the medicine works...but soon enough he's getting to know his inner psycho, indulging bizarre sexual pleasures while tormenting his wife. It can get all get a bit campy and over-the-top (especially the finale), but the end result is an oddly moving, disturbing portrait of a very peculiar mid-life crisis.

Fear Me Not recently screened at the Tribeca Film Festival. Look for an official U.S. release date sometime later this year.

Prom ... (pause for the flashback of those ever so cherished or forgotten memories)

To be honest, I have no idea what was played at any of my proms. The only thing I really liked about prom was the dress purchase and the before and after activities that surrounded the dance. Here's what about.com has to say about prom: prom is remembered by many as one of the most significant events of high school. The music played at prom may stick with you for a lifetime.

Not for this gal. Anyways, they compiled a list of the "10 of the hottest songs for making those memories in 2009".

I thoroughly enjoy the descriptions music snobbery gives each song below.
(excuse a few of their expletives)

1. Lady GaGa featuring Colby O'Donis -- "Just Dance": Every picture I see of Lady Gaga, she looks like she has every venereal disease in existence.

2. Taylor Swift - "Love Story" -- Boys, if your date insists on dancing to this, head for the toilet.

3. The Veronicas - "Untouched" -- They've been labeled a breaking artist for like four years now. They can't even sell out successfully.

4. Boys Like Girls - "Thunder"-- Ahhh, whiny bitch music from guys who look like thye spend more time on their hair than they do their music.

5. Sarah McLachlan - "I Will Remember You"-- Oh, barf. I've told this story before but I liked this girl in college who was a huge Sarah McLachlan fan. Thus, I bought all her albums in order to get on her good side. Come on, you probably done the same thing.

Check the text from the story: This is a classic Sarah McLachlan hit from the '90s. It works perfectly as a closing last dance at prom. McLachlan's voice is haunting here as she asks, "Will you remember me?"

Ha, maybe if you have my baby.

6. Plain White T's - "1,2,3,4"-- Shucks, not a cover of the Feist song. What I find funny about this band is that all their promo pictures feature the faux-emo lead singer dead center while the others are blurred out. It reminds me of the scene in Almost Famous -- "It is about the fucking t-shirt."

7. Akon featuring Colby O'Donis and Kardinal Offishall - "Beautiful" -- Do the people get to throw a kid into the crowd during this song?

8. Oasis - "Wonderwall" -- You know I'm an Oasis guy, but this is their "Love Shack" song. It's the song everyone knows, but the fans just can't stand it because it's played over and over.

9. We the Kings - "Check Yes Juliet" -- Never heard of this band, but I gather it's one of those thinly veiled Christian Rock bands. Listening to the song now. Nah, whiny bitch, mall skater punk music.

10. Ne-Yo - "Closer" -- I think all these solo male R&B artists might be the same person, but given different names to fool the public.

This list comes from this fellow: Bill Lamb, who's a music journalist and their Top 40 expert. He also looks like he can detail your car for $39.95. That's the kind of photo you see on shopping carts in PathMark or A&P.

Currently on my Netflix queue. Yikes...fresh water will be the next oil.

From the official site..
"In every corner of the globe, we are polluting, diverting, pumping, and wasting our limited supply of fresh water at an expediential level as population and technology grows. The rampant overdevelopment of agriculture, housing and industry increase the demands for fresh water well beyond the finite supply, resulting in the desertification of the earth.

We follow numerous worldwide examples of people fighting for their basic right to water, from court cases to violent revolutions to U.N. conventions to revised constitutions to local protests at grade schools. As Maude Barlow proclaims, “This is our revolution, this is our war”. A line is crossed as water becomes a commodity. Will we survive?"
Posted by Unknown at 2:25 PM 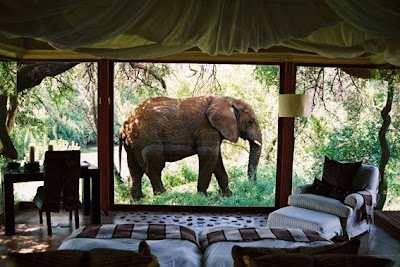 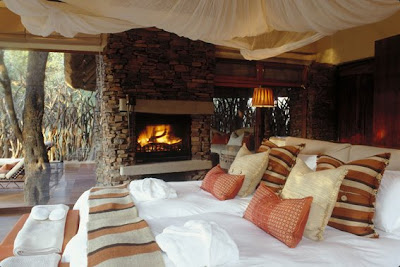 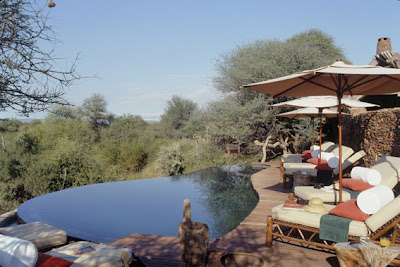 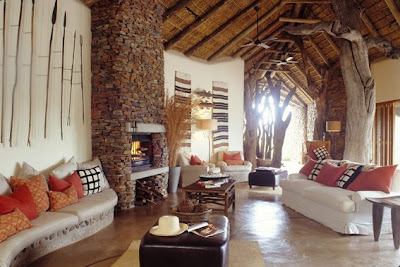 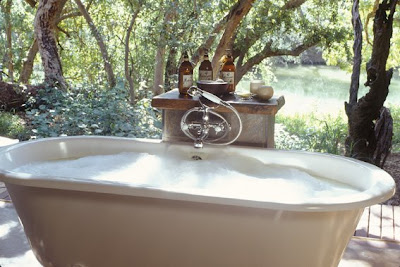 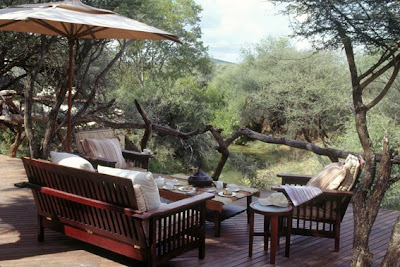 Bayonets - Amazing Baby
Posted by Unknown at 9:52 AM

President Obama's media cheerleaders are hailing how loved he is. But at the 100-day mark of his presidency, Mr. Obama is the second-least-popular president in 40 years.

Save the Date-Ice Cream Social

(via IfTheLampShadeFits)
(via SeeSaw Designs)
Posted by Unknown at 1:33 PM

Interesting post by Design Crisis.... check it out if you have the time.
Really makes you wonder. Hobo Chic
Here's a preview...

"If the slumping economy is bringing you nightmares straight from the 80’s of a suffering stock market, inflated cost of living, and an inexplicable rise in the popularity of MC Hammer pants, you’re not alone. Today, even the typically robust Austin housing market posted a 4% drop in housing prices over last year. Not a good sign. And cities across America have been so hard hit by the recent wave of foreclosures that tent cities have sprung up like mushrooms in the shadow of a dark apocalyptic fallout cloud.

For now, Sacramento, CA, appears to be the capital of Hooverville, thanks in part to efforts by the Governator to set aside sanctioned areas for what one can only hope will be temporary living quarters.
SF Gate ran a sad story with lots of pictures featuring people eating out of tin cans and drying wet blankets on clotheslines, straight out of a Walker Evans/James Agee report on the 30’s dustbowl. But somehow I find this image of a guy playing frisbee with his dog the saddest. Dude, that is a tire.

Now hubby and I are fortunate enough to live a comfortable — if modest — life. But we’ve got a baby on the way so he’s (at least temporarily) the sole breadwinner, and if hubby got laid off we’d be living in a tent down by the river faster than you could say, “Rest in peace, Chris Farley.”

My point is that it could happen to any of us, so I think we need to come up with a contingency plan, because I don’t want to live in a filthy tent while my poop smeared baby plays with tires. I want to be homeless in style..."

Read the rest after the jump.. Design Crisis
Posted by Unknown at 1:04 PM

Walking on a Dream - Empire of the Sun

Walking on a Dream - Empire of The Sun
Posted by Unknown at 9:50 AM

I'm obsessed with this video...

Dining Out For Life - San Diego

Don't miss Dining Out for Life® San Diego! On Thursday, April 30, 2009, participating restaurants, bars, coffee houses and nightclubs in San Diego will donate a minimum of 25% of sales to The Center's HIV/AIDS services and prevention programs. "Dine out" for breakfast, lunch, dinner, coffee, cocktails and more!

For the true music lovers and those who grew up in the 80s, Parson Redheads principle singer/songwriter Evan Way has compiled a collection of his favorite artists/albums from the 80s. Unlike the typical 'pop' 80s songs that are constantly featured on VH1, these songs will change the way you think about 80s music. Check out Aquarium Drunkard's article here.

Galaxie 500 :: Snowstorm
The Feelies :: It’s Only Life
The Feelies :: On The Roof
R.E.M. :: Shaking Through
Felt :: Fortune
Felt :: Rain of Crystal Spires
The Bats :: Miss These Things
Verlaines :: Makes No Difference
Posted by Molly at 2:24 PM

If you can't tell already, Molly and I have a thing for paper goods. Obsessed with this calligraphy by Jenna from Love,Jenna.

(via SeeSaw Designs)
Posted by Unknown at 1:12 PM

Check out the EPA's Household Emissions Calculator...
1. To get the most accurate results, gather your recent electric, gas, and/or oil bills so you can use real numbers for your household’s energy consumption. Remember that your energy bills vary by season, so use an average of winter and summer values if you can.
2. Allow yourself 10-15 minutes to enter the data.
3. After entering data, use the TAB key to continue moving through each section of the calculator. When you get to the end of a section, click “Next Section” to move on.
4. Visit the What You Can Do section of the climate change website to learn about other actions you can take to reduce your greenhouse gas emissions.

Call An Ambulance - Albert Hammond Jr.
Posted by Unknown at 9:45 AM

Hope you all had a wonderful weekend!

Here's a good one for all the college and 20 something folks out there...

With Mother's Day only two weeks away, it's time to start thinking about a way to show your appreciation for your mother.

More Mother's Day gift ideas from Amazon
Posted by Unknown at 11:15 AM

A Little About Us

our fave spots in Austin